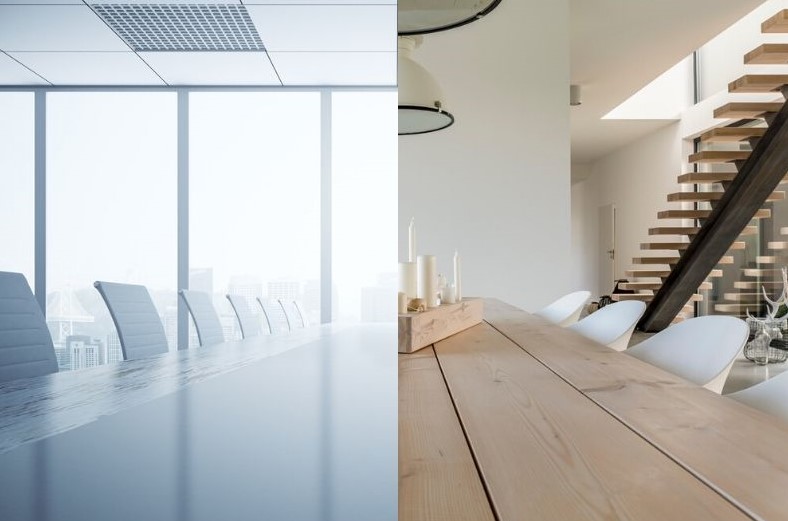 Do you ever have an experience of deja vu? That familiar feeling of frustration, or disappointment, or worse yet – guilt?

How often do you work on the weekend putting your own desires and those of your family last? How often do the teams you lead seem to flounder or underperform?  How often is there a knot in your stomach, or that uptight feeling that has you struggling to find anything that will help you relax?

Eric Berne, the founder of Transactional Analysis, was a Canadian born psychiatrist who noticed his patients’ difficulties were repetitive – different situations, same pattern. His patients seemed to draw the same negative conclusions about themselves and others.

He noticed the same among professionals in organizations – people felt the same unpleasant feelings in each repetitive scenario. Patients seemed to stay unaware of the ‘real’ feelings that were covered up by the drama. Berne had a name for this – he called it the Life Script.

A Script is limiting because it is ‘a life plan made in childhood’ when there was a breakdown of basic trust and inadequate attendance to the child’s needs. As a result, children make limiting decisions about life, how they will be treated and what they believe they deserve.

Parents have their own Script that limits their capacity to love and be emotionally present to the needs of their children. Parents reinforce their child’s script, unconsciously and unknowingly.

Berne hypothesized that people create a life plan in early childhood and unconsciously create situations that one after another painfully furthers their plan. People call it fate, bad luck, wrong timing, wrong partner, bad bankers, or that others just don’t understand or believe in them. However, it’s all Script.

The Script has repetitive elements that unfold outside of conscious awareness. The Script’s effects are always current – the serial bankrupt entrepreneur, the multiple marriages, the serial fights, the same pattern of withdrawing even when your head is bursting with things to say.

Berne thought that people’s thinking, feeling, and behaviour made perfect sense in the context of their childhood experience. Children are dependent on big people for basic survival, but also for recognition, validation, and affirmation.

Children quickly learn what it takes to survive and what it takes to get the attention of those they want to love them. Some may decide to work hard, be nice, follow the rules. Others might decide to be difficult, fight and scrap, or act out in negative ways. These negative behaviours work to gain attention. Bad love is better than no love at all!

Berne noticed this was also true in organizations. In our experience, the boardroom table has people using the same strategies for getting noticed as they used at the kitchen table of their childhood. Did you have to shout to be heard, or keep talking to claim the floor? Perhaps you had to stay quiet until someone asked you. Do you judge the slow, and demean those that disagree?

These behaviours may be familiar – they were modelled, experienced and practised long before you reached the top of your organization. These strategies all make up the Script. When people struggle at work or in life, they don’t know they are stuck using outdated strategies.

As kids, the strategies made sense as ways to get loved or noticed, but as adults, those same strategies stop people from being productive, leading skillfully and achieving personal success.

Roger is suffering, although that is not a word he would choose.  His wife is threatening to leave him because he works an enormous number of hours. When he is home, his mind is somewhere else. Roger also can’t get to sleep with his mind racing or wakes up in the night feeling anxious and worried.

Despite his personal life challenges,  Roger feels compelled to over-work. He can’t seem to stop. At work, despite the long hours, his work product is losing quality and he is increasingly behind on deadlines.

Roger obsesses about getting things right, and micro-manages others, spending too much time perfecting reports, or presentations and sometimes doing the work of those he micromanages! He is demanding on his team, who are starting to resent the long hours and lack of forward momentum in their projects.

As a kid, Roger noticed that when he was super responsible for his chores and homework and didn’t cause any trouble his father would shower him with attention and praise. Roger knew that if his dad asked him to do something, he better get after it, and would be praised for doing it, or punished for not doing it fast or good enough.

Unconsciously, Roger learned that getting attention and love from his father was dependent on working hard and getting it right. Roger’s ‘little kid reasoning’ concluded that the trick to success in his family was to overwork, and ‘be perfect’.

The attention and praise from his father felt good, and he wanted more of it. Roger worked hard to get good grades, performed in sports and kept busy with value-adding activities – nothing silly or just for fun was ever a priority.

Roger would feel very uncomfortable with a work-life balance that didn’t prioritize work.  Roger has unconsciously connected his lovability and ‘okayness’ with how hard he works. Deep down below his conscious awareness, Roger believes that to not overwork may mean he is lazy, selfish, and will potentially lose his job, or the company will flounder.

What will really happen is that he will lose an important source of recognition- he can’t brag that he hasn’t taken a vacation in 5 years, or won’t be acknowledged as the hardest worker around. To work less may bring up tremendous anxiety about how he will keep the wolves at bay.

The next recession lost client and disrupter to the industry is just around the corner. Last time he stopped over-working, he fell into a deep depression.

Roger is stuck in his Script.

He is stuck feeling compelled to overwork, even though it might cost him his family, his wife, his health; and despite his insane work schedule, perhaps even his job.

Roger’s story is just one example of a Script, there are many other stories, and Scripts that people live.

Autonomy is the antidote to Script. It is what we were born with – before we were shaped by our environment.  Autonomy is the recovery of the full capacities that our Script takes away – awareness, here and now spontaneity and emotional connection/ intimacy with others (Berne, 1964).

Berne describes awareness as the ability to “live in the here and now” (p. 158). When we are autonomous, we are responding to our present moment, without the clutter of our early Script decisions.

Spontaneity is the “freedom to choose and express one’s feelings”. This means we have full access to all our feelings, wants and needs, and can use our problem solving to get them attended to. Berne described intimacy as the willingness to seek connection and closeness to others.

Intimacy means contact with people that is free from the ‘psychological games’ that are common in our transactions with others. Intimacy in a workplace setting means sharing your real feelings and thoughts, even when it feels vulnerable or exposing to do so.

Autonomy is when we use our clear thinking, integrated with our authentic feelings and take action to get what we want.

That is the goal of personal and professional development: to develop our autonomy and minimize how often we operate from our Script.

For Roger, that might mean seeking coaching support to learn that it is possible for him to feel successful and receive validation and recognition without killing himself and his marriage. Roger can learn that he doesn’t need to work himself to death or into loneliness, to feel okay about himself.

Like Roger, when we learn about our Script processes and make new decisions based on here-and-now reality, we free up energy and creativity to contribute fully and be successful at work, while also creating a satisfying life.